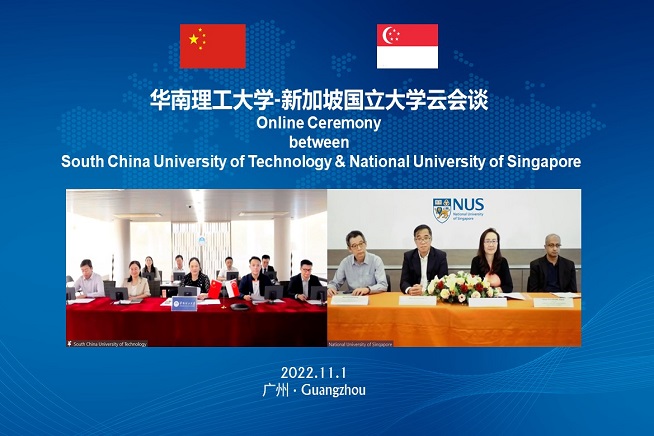 During the ceremony, Dr. Li Weiqing introduced the overall development of the university and the latest achievements of Guangzhou International Campus (GZIC) in particular. She said that SCUT has established a long-term in-depth partnership with NUS, one of the most significant Asian partners, by carrying out a series of substantive cooperation in joint talent cultivation, scientific research, academic exchanges and other fields, which has achieved gratifying results in recent years. She expressed the hope that the two universities, on the basis of existing cooperation and taking advantage of GZIC, would strengthen cooperation in emerging cross-disciplines such as artificial intelligence, marine economy and biomedicine, so as to achieve more exchanges and integration between China and Singapore and jointly serve the social and economic development of Asia.

Prof. Susanna LEONG warmly congratulated the two universities on establishing a university-level cooperative partnership and expressed heartfelt thanks to the efforts made by both sides to jointly promote strategic cooperation. She said that under the “3+1+1” Joint Educational Framework, more than 10 agreements have been signed between 7 departments and colleges of NUS and 11 schools of SCUT, through which 80 outstanding students have successfully finished their studies since 2019. She hoped that the two sides would give play to their distinct advantages to further the in-depth development of all work, such as exploring opportunities for joint training of high-level talents and industrialization of scientific and technological innovation in areas of mutual interest, working together to write a new chapter of cooperation between the two universities. 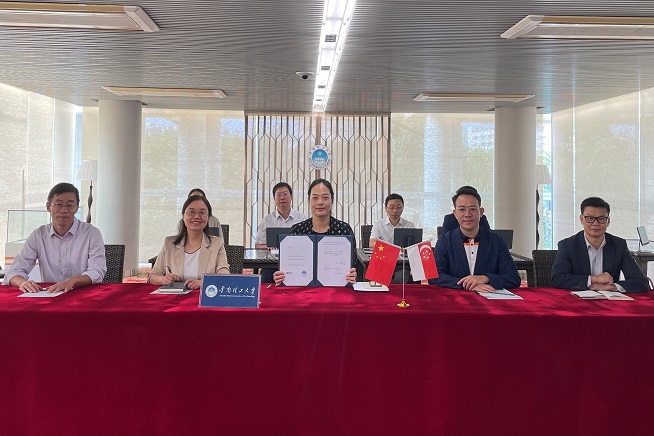 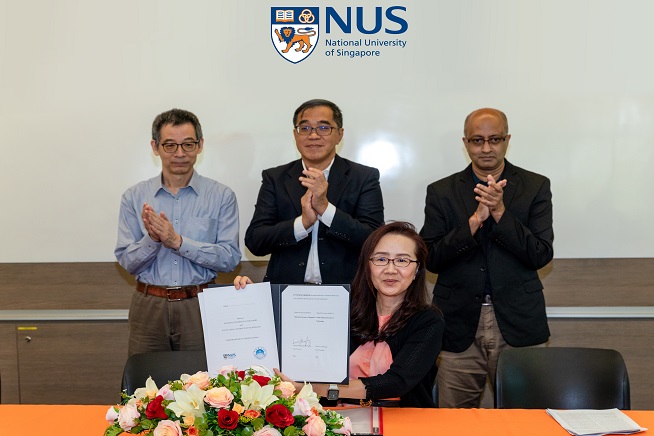 (Signing Ceremony of the MOU)

After the talk, Dr. Li Weiqing and Prof. Susanna LEONG jointly signed a Memorandum of Understanding on university-level cooperation.

It is reported that the Online Ceremony with the University of Singapore is one of the most important measures taken by SCUT to actively respond to the Belt and Road Initiative (BRI), give full play to its disciplinary and geographical advantages, and deeply implement the educational plan under the BRI, aiming to improve the global cooperation network, and form a new pattern of open education with higher quality, broader vision and deeper connotation.

Attendees included the heads of the International Office, SCUT, Office of Global Affairs of GZIC, SCUT, and the Office of Masters’ Programmes & Lifelong Education, NUS, as well as representatives of relevant departments or schools of both universities.