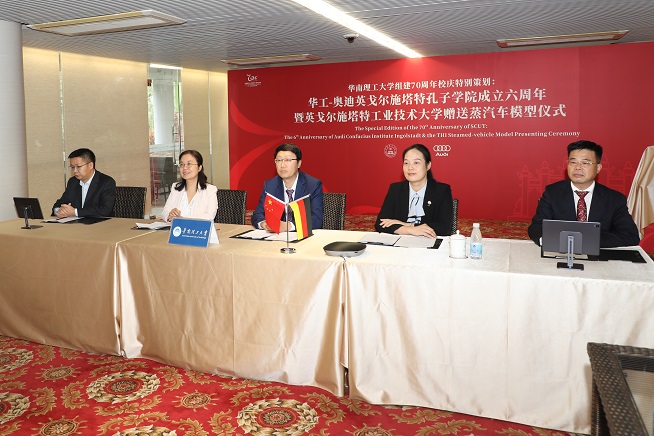 On November 3rd, South China University of Technology (SCUT) and Technical University of Ingolstadt (THI) held The 6th Anniversary of Audi Confucius Institute Ingolstadt and the THI Steamed-vehicle Model Presenting Ceremony. Prof. Zhang Liqun, President of SCUT, and Prof. Walter Schober, President of THI attended the ceremony and delivered a speech. Dr. Li Weiqing, Vice President of SCUT, presided over the ceremony. Other attendees included the Director of the International Office and the Deans of the School of International Education and the School of Mechanical and Automotive Engineering. 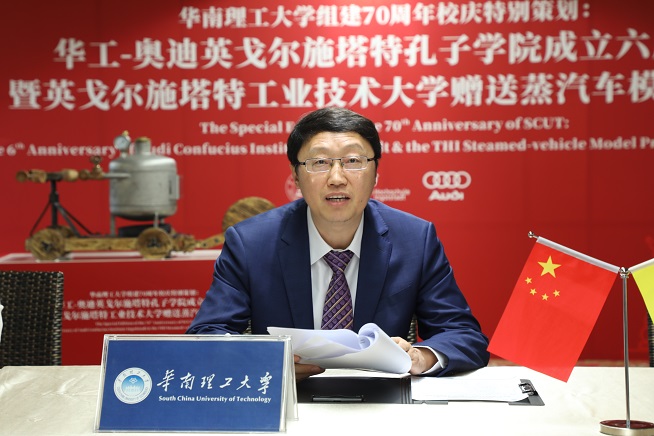 President Walter Schober said that South China University of Technology is one of the most important Chinese partners of Technical University of Ingolstadt. He has visited South China University of Technology for many times and witnessed its rapid development. The past cooperation between the two sides has been very successful. He expected to continue to maintain in-depth cooperation in the future and achieve cooperative breakthroughs. In addition, he sent warm wishes for the 70th anniversary of the formal establishment of SCUT. 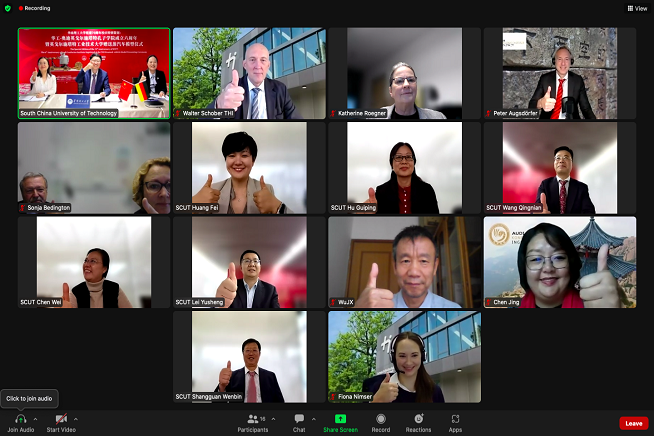 (Attendees from Both Universities)

It is particularly worth mentioning that Prof. Gerd Treffer of THI found that, through a lot of historical research, the world’s first steamed vehicle was invented and later presented to Emperor Kangxi by Ferdinand Verbiest (also known as Nan Huairen), a Belgian who was then the director of the Imperial Board of Astronomy in the Qing Dynasty more than 300 years ago. In 2022, the steamed-vehicle model, which was successfully made by Prof. Thomas Scuchadt’s team and the School of Mechanical and Automotive Engineering of SCUT, was presented to SCUT as a celebration gift for its anniversary. At the ceremony, President Zhang Liqun and Vice President Li Weiqing jointly unveiled the model. The participants also reviewed the cooperation of the two sides in the past six years through a video. 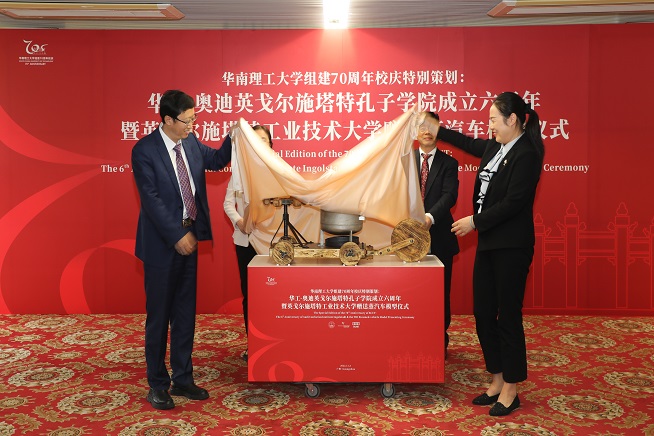 (Unveiling of the Steamed-vehicle Model)

This year is the 50th anniversary of the establishment of diplomatic relations between China and Germany. In his meeting with Chancellor of Germany Olaf Scholz on November 4th, General Secretary Xi Jinping addressed that, in the current complex international landscape, both China and Germany, the two influential countries in the world, should work together to make more contributions to the world peace and development in times of change and chaos. Since its establishment, Audi Confucius Institute has actively promoted the cooperation between SCUT and THI, and organized regular high-level visits, seminars on artificial intelligence topics, student exchange programs, Sino- German cultural and historical research and other activities. The book The First Auto Vehicle in World History has been published in Chinese and German versions, which has effectively spread the Chinese language and culture in Germany and promoted Sino-German cultural exchanges. The Institute will continue to play a role as a bridge in making new contributions to Sino-German friendship in the future. 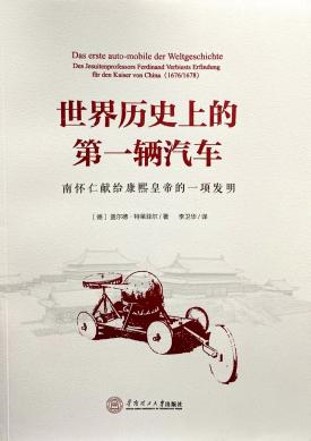 and Published by South China University of Technology Press)