How time flies. Waving to 2021 and entering 2022, the Party and leadership of SCUT extend new year’s sincere wishes to all teachers and students, retired faculty and staff, alumni at home and abroad, and people from all walks of life who have long been concerning about and supporting the development of South China University of Technology! 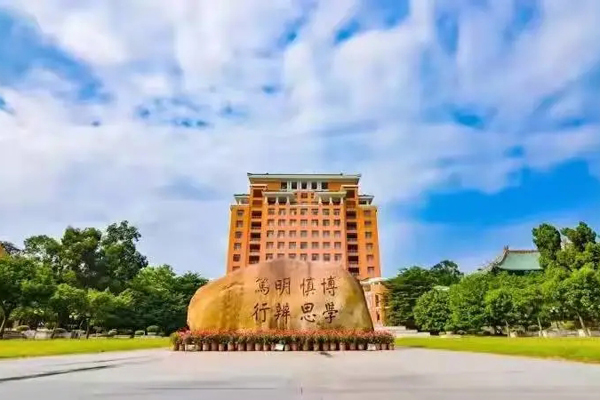 To solemnly celebrate the Centennial of the founding of the Communist Party of China, we have closely united around the CPC Central Committee with General Secretary Xi as the core, deeply studied and implemented the spirit of the 6th Plenary Session of the 19th CPC Central Committee, conducted the “15381” strategies planned by the CPC Committee of SCUT, and solidly promoted the Party history learning and education in 2021, so as to encourage all SCUTers to forge ahead with the school running to make a good start in the 14th Five-year Plan.

In 2021, SCUT was listed in the top 50 of THE Asian University Rankings, ranking 15th among universities in mainland China, selected as one of the first batch of the experimentation of School of Future Technology launched by the Ministry of Education among 12 universities in China, approved to establish the doctoral program of first-class discipline of Integrated Circuit Science and Engineering among 18 universities in China, and approved to launch the pilot project of international education reform in the Guangdong-Hong Kong-Macao Greater Bay Area. All these achievements are unprecedented in the Greater Bat Area or even in the South China, which have been fully affirmed by the state, Ministry of Education and provincial authorities.

After taking office, Minister of Education Huai Jinpeng investigated SCUT as the first stop outside Beijing, encouraging us to play an exemplary and leading role in talent cultivation and scientific researches. For many times, Li Xi, Secretary of the CPC Committee of Guangdong Province, had showed his expectations for Guangzhou International Campus to build itself into a comprehensive platform for introducing top talents, a high-end base for cultivating innovative talents, and an important engine for promoting innovation in the science and technology industry. Ma Xingrui, the former Governor of Guangdong Province, who was very familiar with our school running, asked us to summarize and display it as the “SCUT Mode”. All these deep concerns have strengthened our confidence and determination to build ourselves into a world-class university with Chinese characteristics as soon as possible. 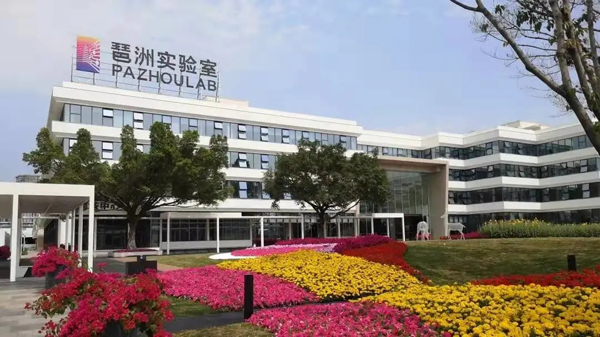 This year, we kept exploring to create a stronger atmosphere of “Academic SCUT”. 26 disciplines were listed in the Global Ranking of Academic Subjects 2021, the “Emerging Engineering F Scheme” 2.0 was officially implemented, and two bases of the Excellence Plan of Basic Disciplines 2.0 were approved. Professor Ma Yuguang was elected as an academician of the Chinese Academy of Sciences. The abilities to undertake major projects and decision-making consultation were steadily improved. We also made another achievement in the China Patent Award, and the total number of awards had ranked first among colleges and universities in China for many consecutive years. Besides, Guangzhou International Campus successfully implemented the reform of 631 Comprehensive Evaluation Enrollment, the overall registration rate of which reached 2089%, marking it a “good start”. 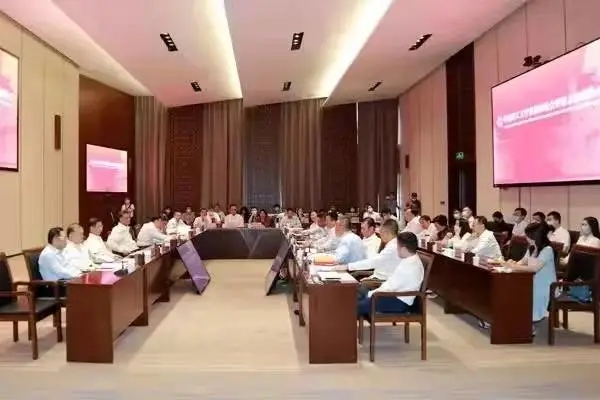 This year, we worked together to shape a greater pattern of “Open SCUT”. We introduced high-level talents and young talents all over the world, actively deepened substantive cooperation with world-class universities, and advanced international talent training in all respects. We accepted the Chinese overseas freshmen from Rutgers University to study in SCUT under COVID-19, innovating the sino-foreign teaching cooperation mode by providing international education as high-quality as that of world-class universities to the students without going abroad. Besides, we continued to build a “community with a shared future for SCUTers”. Alumni Li Dongsheng, Li Hua, Li Yongxi and Liu Shilun generously donated to help develop SCUT. The sincerity they showed in “keeping close ties with the alma mater” deeply impressed SCUTers all over the world.

This year, we did solid work to improve the governing competence of “Qualified SCUT”. We comprehensively promoted the administration of the University according to law, carried out a number of self inspections and self corrections, solidly implemented the system of “Rectify before Patrol”, standardized the deliberation and decision-making of schools, strengthened campus emergency management, and coordinated the development of “one university with three campuses. We broke down the backward evaluation system of 5 standards and established new standards, continuously improved the “1+4” comprehensive evaluation system for teachers, and promoted the system of tenure-track with SCUT characteristics. Besides, we always kept students in the central position by promoting “one-stop” student community and the system of “modern college + full tutors”, so as to cultivate every student to become a talent. 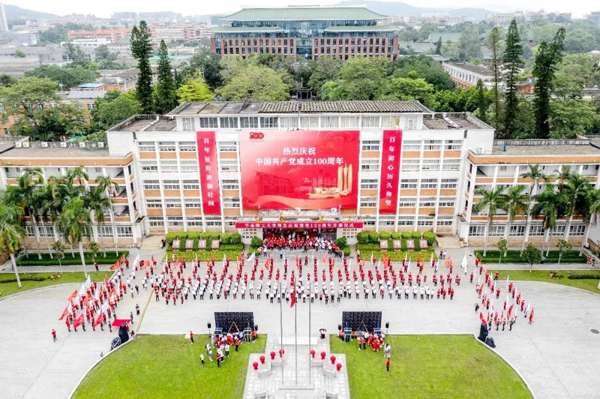 This year, we strengthened the ideological and cultural education to build a “Beautiful SCUT”. The red gene inheritance project was launched, the original campus play The Crimson Romance in SCUT was continuously performed, the display The Party’s 100 Years in SCUT showed that the patriotism was deeply rooted in SCUT, and The Textual Study on the History of Guangdong Technical College paid tribute to the martyrs and sages. Learning from history, SCUTers had strengthened their determination to move forward. Keeping in mind that “large ideological and political courses should be conducted appropriately”, we coordinated the ideological education, the Party building and practices to inspire young SCUTers to exercise their body and inherit the ideological spirits. 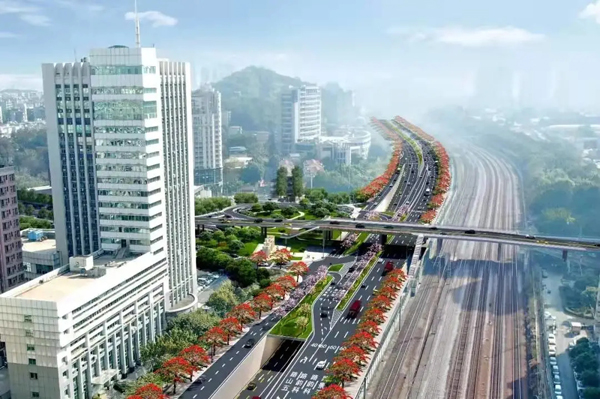 This year, we made wide use of resources from all sides to enrich a “Happy SCUT”. The difficulties at the grass-roots level and the worries of teachers and students are the greatest concerns of the Party and leadership of SCUT. We made great efforts in informatization to optimize the process. For example, the practice of “one stop”, “one form” and “one network” made it possible to conduct affairs at fingertips online. Although our belts were tightened, we strove to ensure the well-being of teachers and students by improving their treatment. The employment rate of graduates reached 98.25%. We also made great efforts to standardize the management of electric vehicles on campus, and we steadily carried forward seven key livelihood projects. In particular, bearing in mind that “safety and life first”, we unremittingly conducted scientific and targeted pandemic prevention and control, so as to safeguard the University and livelihood of all teachers and students. 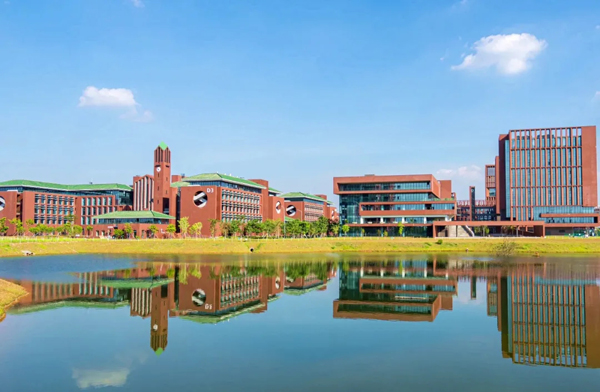 These achievements seem easy to obtain, but they are actually full of hardships. 2021 is a great era under great changes, which is not easy for us, but we have never chosen to “lie flat”. We have always been at the forefront of the times and left the unique mark of SCUTers in the historical process. Here, we would like to thank those who give support and help, those who dare to take responsibility and those who are committed to innovation and creation. We should also thank each other for their encouragement and assistance... All these efforts and experiences will turn into a strong impetus for us to embrace the future and start again. 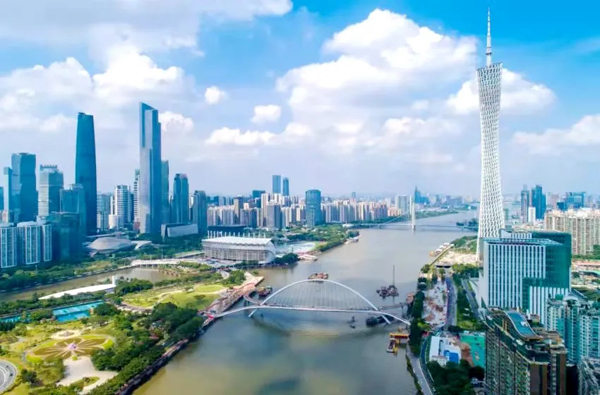 Just like climbing halfway up a mountain or rowing to the midstream, we are now embarking on a new journey to achieve the second Centennial goal, during which we will strive to promote high-quality development into a new stage, constantly create a better life, harvest new happiness, and continue to contribute to the “SCUT wisdom” serving the development of the country and the Greater Bay Area. In 2022, the 20th National Congress of the Communist Party of China will be held, and the University will usher in the 70th anniversary of its formal establishment. As “strugglers” and “dream chasers” of the new era, we should turn the achievements of the Party learning and education into the inner driving force for making contributions to the new era and unswervingly achieve our goals. Under the fundamental task of morality cultivation, we should promote the construction of “Double First-class” and Guangzhou International Campus in an all-round way, accelerate the construction of a world-class university with Chinese characteristics, and be the vanguard of higher education development in the Guangdong-Hong Kong-Macao Greater Bay Area, so that SCUTers feel a stronger and more sustainable sense of gain, happiness and honor. 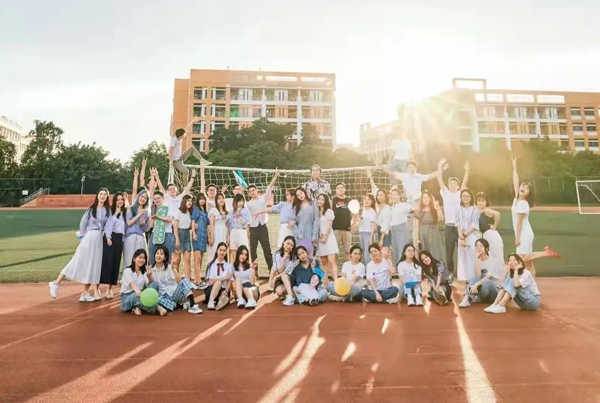 After a hundred years of wind and rain, we are still young; we will never forget where and why we started, and join hands to create a better future. May every one of you who struggles be youthful, and every dream chaser will not be let down! We believe that we are ready to take the new road of the new era.

We sincerely wish all SCUTers and your family good health and happiness!

We sincerely wish our great motherland prosperity and peace!

(Source from the SCUT News Network, translated/proofread by the Office of Global Affairs, GZIC)