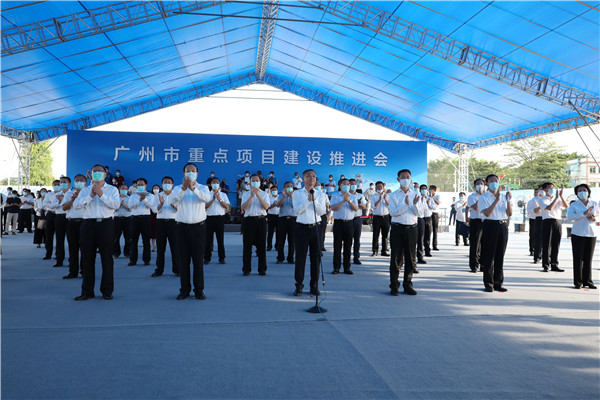 On the afternoon of June 28th, the second phase project of the Guangzhou International Campus (GZIC), one of the key construction projects in Guangzhou, officially started its construction. 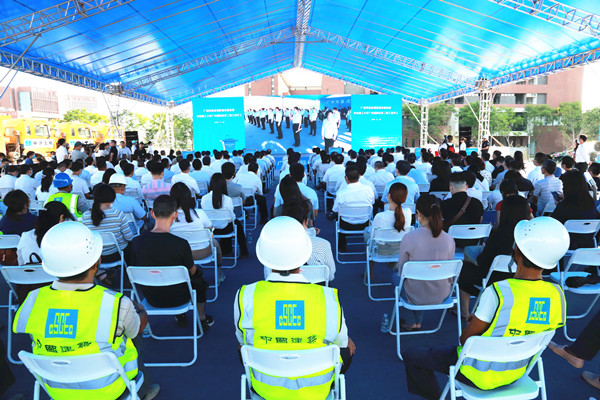 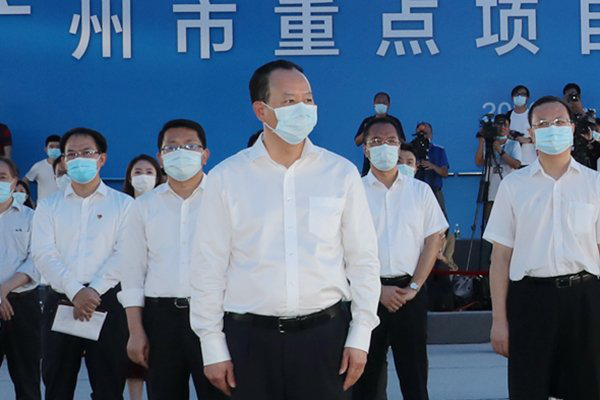 Zhang Xichun attended the ceremony in the main venue

Zhang Xichun pointed out that GZIC is an important layout for SCUT to create the “One university-Three Campuses” school-running pattern. The campus is committed to innovating the discipline layout and the integration of production, teaching and research, the international cooperation and open school-running model, the employment system and the school management mechanism, and the campus management, etc., so as to make outstanding contributions to the national prosperity and high-quality development of the Guangdong-Hong Kong-Macao Greater Bay Area. 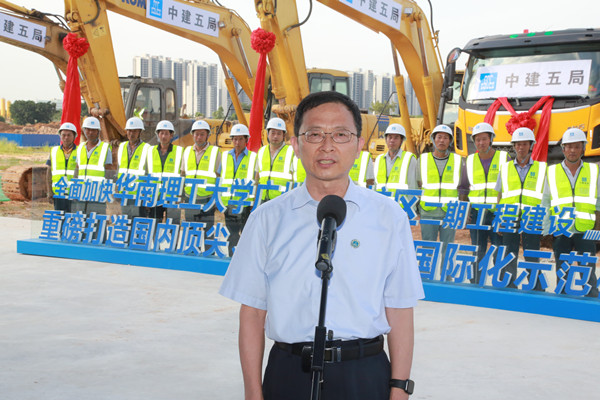 Gao Song said, SCUT will strive to build the campus into a highland for gathering international high-level teams, cultivating leading emerging engineering talents, carrying out in-depth international cooperation, focusing on cutting-edge scientific research, advancing the transformation of high-end achievements and creation, innovation and entrepreneurship, making it a new business card of wisdom and elegance for Guangzhou, so as to facilitate the development of Guangzhou and Guangdong Province. 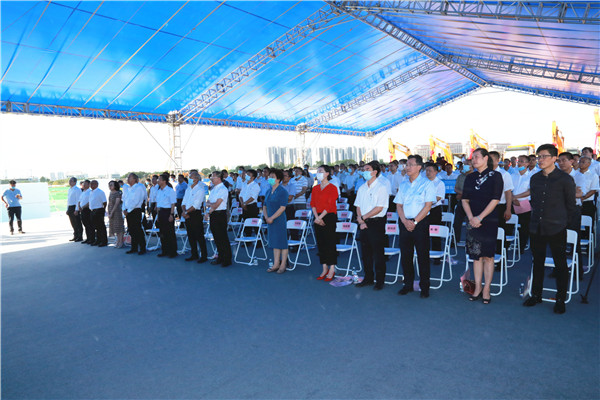 Guests are attending the ceremony in the branch venue

On March 15th, 2017, the Ministry of Education, the People’s Government of Guangdong Province, the People’s Government of Guangzhou Municipality, and SCUT signed a four-party agreement for jointly developing GZIC, the only one campus completely composed of new schools of emerging engineering in China. In 2018, GZIC has recruited postgraduate students, and in 2019 GZIC welcomed the first cohort of undergraduate students with the first phase project of the campus completed. The second phase project of GZIC will cover an area of 590,000 square meters and is planned to be completed by the end of 2021. When fully completed, GZIC will host about 12,000 students in total. 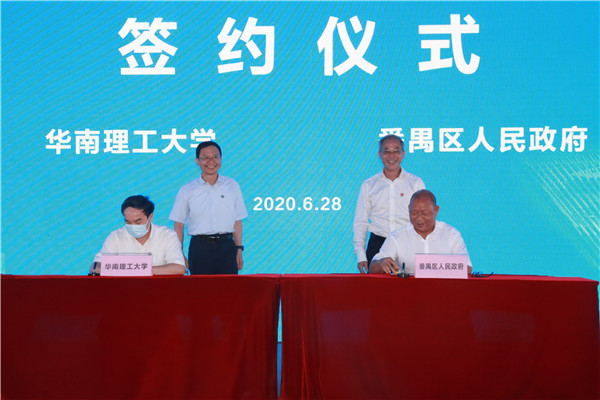 After the open ceremony, a framework agreement for the joint construction of South China University of Technology - Panyu National University Science Park was signed by Mai Junhong, Deputy Secretary of the CPC SCUT Committee, and Zhu Ruiwu, Deputy Governor of Panyu District under the witness of Gao Song and Chen Dejun at the branch venue. This project will give full play to the resource advantages of both sides in technological innovation, talents, science and education, and deploy strategic emerging industries such as 5G communication engineering and artificial intelligence, and strengthen the drive of the innovation engine, eventually will add new impetus to the high-quality economic and social development for Panyu District.