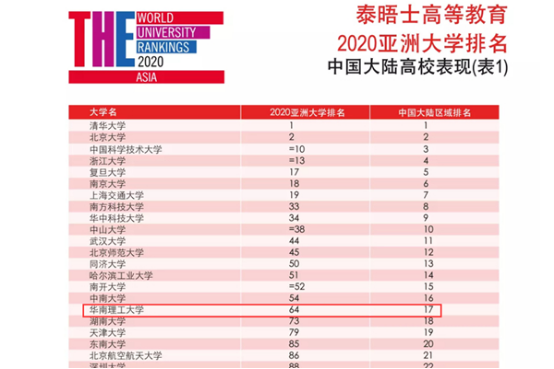 The ranking of the universities of the Chinese mainland

The THE Asia University Rankings has been released every year since 2013. The performance indicators are grouped into five areas: teaching (academic environment) (25%), research (output, revenue and reputation) (30%), citations (research impact) (30%), industry income (knowledge transfer) (7.5%) and international outlook (faculty, students and research) (7.5%). SCUT performs quite well this year, ranking 13th in paper citations and 14th in industry income among the universities of the Chinese mainland.

Translated and Edited by Chen Juncheng