The Department of Science and Technology of Guangdong Province has evaluated 159 provincial key laboratories that were established before 2011. After three rounds of evaluation, our laboratory finally obtained the excellent grade (a total of 25 laboratories in the province).

Guangdong Provincial Key Laboratory of Atmospheric Environment and Pollution Control is a comprehensive and multi-functional platform for scientific and technological service and research and development with local characteristics.

The high-resolution air emission source inventory of the Pearl River Delta region developed by the laboratory was applied to the joint prevention and control of regional air pollution and air quality assurance for the 2010 Asian Games held in Guangzhou and the 2011 Universiade held in Shenzhen. The developed technologies and equipment such as heat storage catalytic combustion are used to purify all kinds of organic waste gas, and realize the recovery and utilization of combustion heat while efficiently purifying. They have been applied to more than ten waste gas treatment projects, and the relevant achievements have won the 13th China Patent Excellence Award. The laboratory has formulated one national standard, one industrial standard and four Guangdong Provincial emission standards for industrial volatile organic compounds, and participated in the compilation of the national '12th Five-Year' environmental protection plan.

The laboratory has played an important and all-round technically-supporting role in the joint efforts of the government, enterprises and the public to solve the complex air pollution in the Pearl River Delta region. 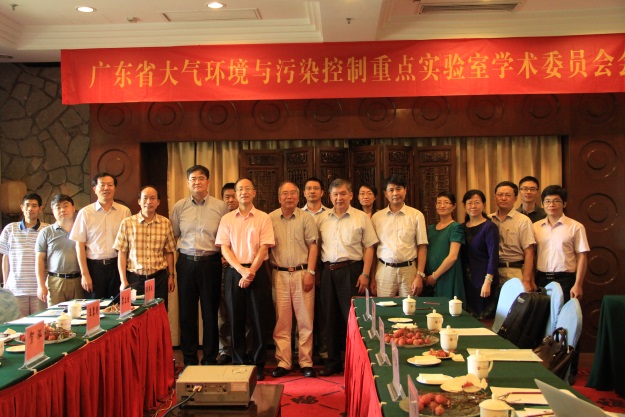