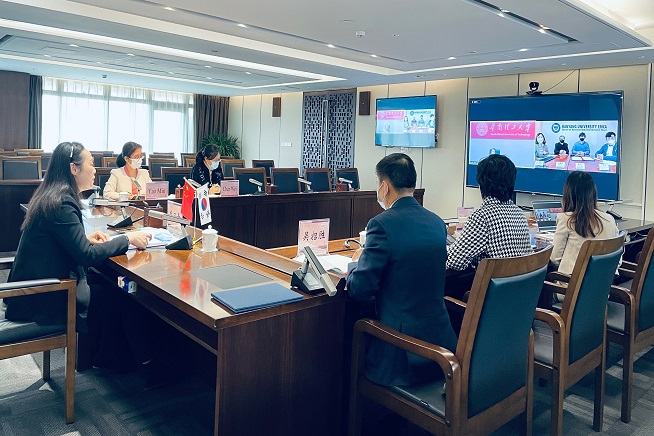 Li Weiqing introduced the recent development of SCUT, especially the latest achievements of Guangzhou International Campus. Given the close educational exchanges and cooperation between SCUT and Hanyang University ERICA for many years, Li expressed expectations that the two sides could expand the cooperation to Guangzhou International Campus and carry out more extensive and in-depth teaching and scientific research cooperation around advantageous disciplines and majors. This year marks with the 30th anniversary of the establishment of diplomatic relations between China and South Korea. Li hoped that the two sides would take this opportunity to carry out relevant exchanges and cooperation to promote the high-quality development of the two universities.

Bongyoung Yoo expressed his gratitude to SCUT and then introduced the discipline planning and development of Hanyang University. He said that Hanyang University attached great importance to the cooperation with SCUT and was willing to carry out in-depth teachers and students exchanges and scientific research cooperation in the leading fields of both sides, so as to achieve common development.

At the ceremony, Li Weiqing and Bongyoung Yoo signed the agreement on the Science and Engineering Scholarship Program (SESP) for the continuous study from BS to PhD. 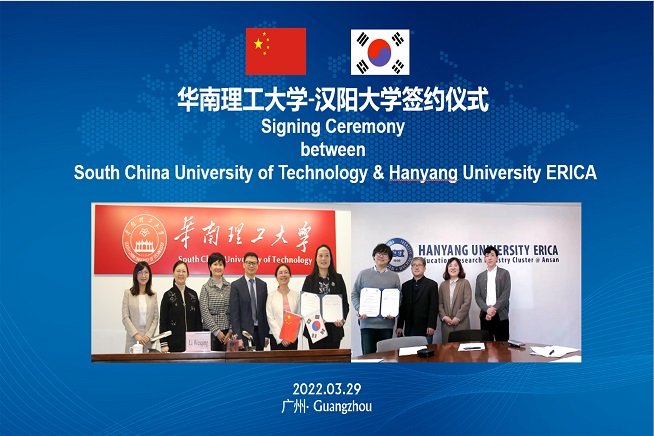 Attendees included the directors of the International Office and Office of Global Affairs, GZIC.