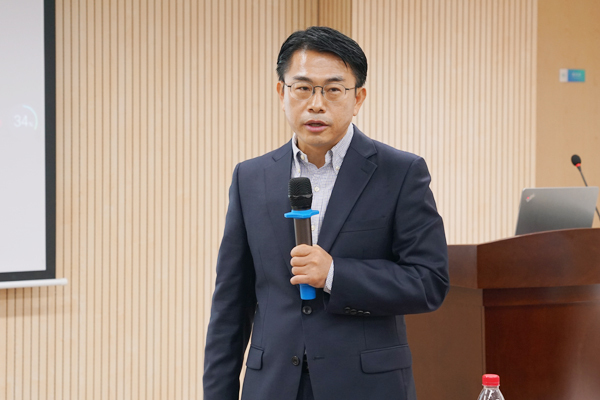 On Jan. 15th, Prof. Kwang-Un JEONG from Chonbuk National University was invited to our institute to give an academic lecture titled “Multifunctional Thermoset Thin Films from Programmed Liquid Crystal Monomers”. 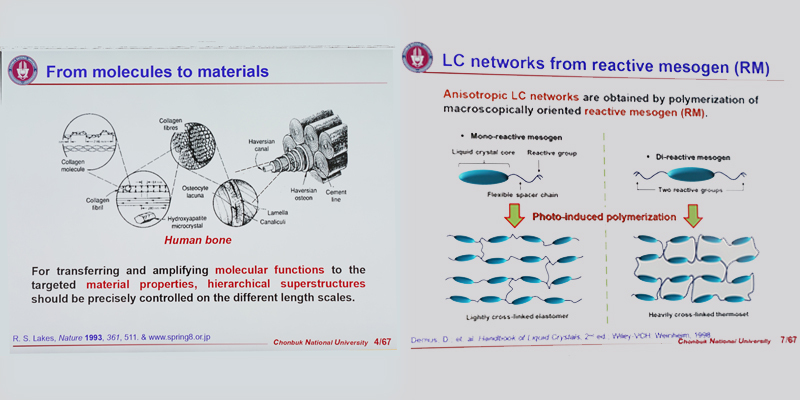 To fabricate such robust LC thin films with excellent thermal, chemical and mechanical stabilities, the anisotropically pre-oriented RMs was simply photopolymerized in situ under optimized conditions. The final physical properties and performance of anisotropic LC thin films depended on not only the chemical compositions and intermolecular interactions, but also on the hierarchical supramolecular structures of the programmed RMs, which should be well controlled on different length scales and time scales before polymerization.

Prof. JEONG has been engaged in studying the structure-property relationships of polymers and LCs. His talk provided the audience with a deeper understanding of multifunctional thermoset LC thin films from programmed LC monomers.