As an important family of high performance thermosets, phthalonitrile resins have attracted more attention in the last few years. A major obstacle to the application of phthalonitrile resins was their high melting point, which requires harsh processing conditions for composite fabrication. Flexible moieties (such as allyl and methoxyl) were found to lower the melting point of several resin systems, and various commercial available phenols containing allyl or methoxyl groups could be adopted for the synthesis of phthalonitrile monomers. As shown in Fig. 1, three dual-functional monomers (MeOPN, AlPN and MeOAlPN) were designed and synthesized. And the potential application of these monomers in phthalonitrile resins was evaluated by blending with MPN and APN. 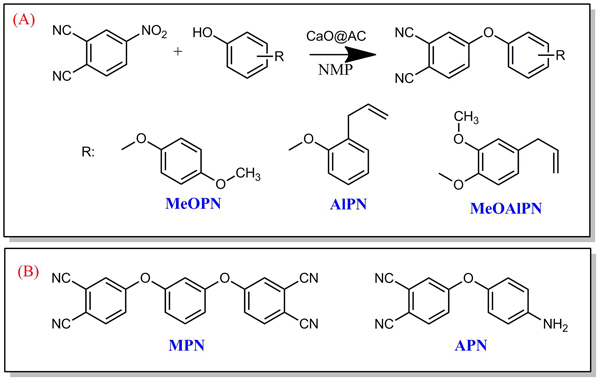 Fig. 1 (A) Synthetic routes for MeOPN, AlPN and MeOAlPN; (B) Chemical structures for MPN and APN.

DSC measurements were performed for all the monomers (Fig. 2) to prove the value of dual-functional monomers as low-melting ingredients for phthalonitrile resins. As a widely studied monomer, MPN exhibited a sharp melting endothermic peak centered at 184.7 oC, and no visible exothermic signals could be detected. While APN showed an endothermic peak at 131.4 oC and an exothermic peak around 245 oC, corresponding to its melting and autocatalytic curing heat, respectively. Among all three dual-functional monomers, AlPN exhibited the lowest Tm (61.0 oC), which came from its highly flexible allyl side-unit. 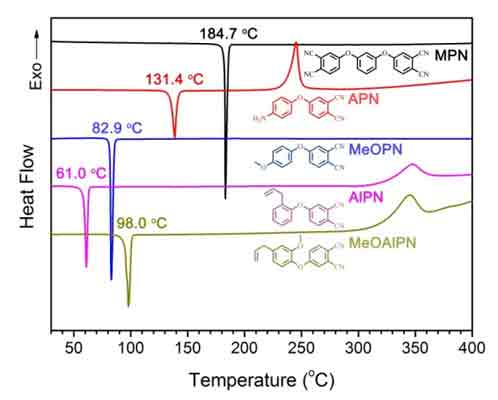 FTIR measurements were performed on MPN100, MeOPN10 and AlPN10 prepolymers cured to different steps to get further evidence of the curing behaviors. In MPN100, the crosslinking was mainly ended in isoindoline and triazine, and only a bit of phthalocyanine was formed (Fig. 3A). While the major differences in FTIR spectra for MeOPN10 lay on the intensity of cured structures. Compared with that of MPN100, the intensity for triazine structure was weaker, while that for isoindoline was stronger. It might be an indication that more linear than cross-linked cured structures were formed in MeOPN10 (Fig. 3B). However, the curing of AlPN10 seemed to proceed by altered pathways. The intensity for nitrile and triazine were both much weaker than that of MPN100, whilst for phthalocyanine was much stronger. According to these facts, intramolecular polymerizations were the major curing pathway (Fig. 3C). Details for the discussion on curing mechanism could be found in the article. 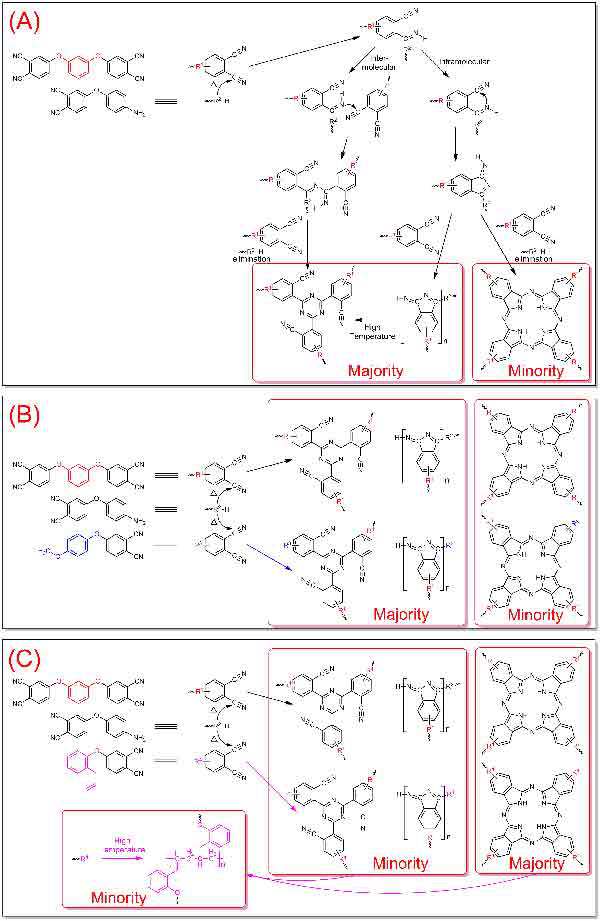 The introduction of methoxyl units was found to postpone the curing, and thermal properties were slightly compromised. On the contrary, the usage of allyl was beneficial to both processability and thermal properties. More importantly, the impact strength for allyl-containing polymers could be as high as 13.63 kJ m-2, indicating such resin could be applied as high temperature structural composite matrices. Details for processability, thermal and mechanical properties could be found in the article.

This effort has been published in European Polymer Journal. The corresponding authors are Prof. Wenfeng Qiu (South China University of Technology) and Dr. Heng Zhou (Institute of Chemistry, Chinese Academy of Sciences).