At the invitation of AISMST, Prof. An-Chang Shi from McMaster University visited us from December 9 to 13. In a short course titled “Phase Transition Theory and Soft Matter”, Prof. Shi introduced to our students and faculty a broad range of soft matter systems and how thermodynamics and statistical mechanics can be used to understand various interesting phase transition phenomena occurred in these systems. 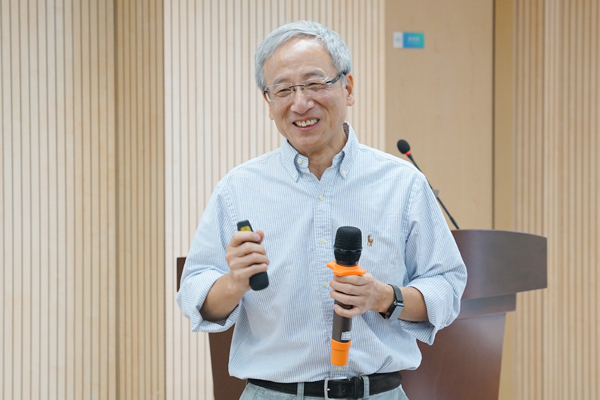 “Soft matter includes a wide variety of materials, such as polymers, colloids, liquid crystals and biological materials. Soft matter phase transition and condensed matter physics is an important and very active research area”. During the three-day course from December 11 to 13, Prof. Shi introduced the statistical mechanical basis for different phase transition theories and their application in soft matter systems. 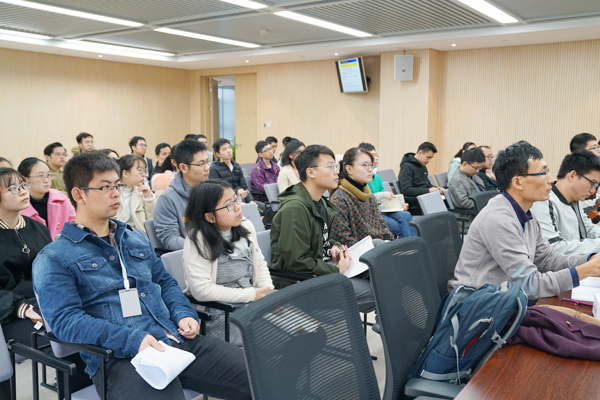 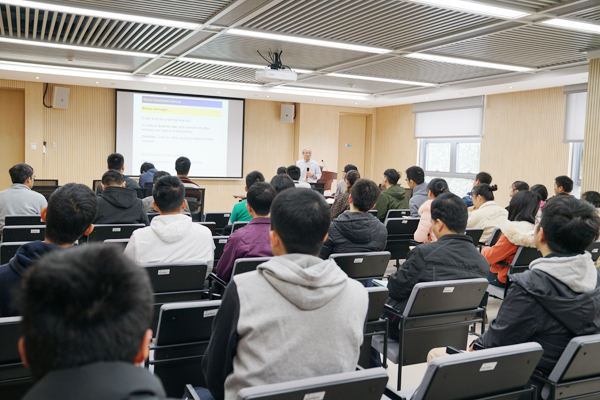 Discussion in the course

Prof. An-Chang Shi is a world-renowned soft matter theorist. His research interests include theory of phases and phase transition of soft matter, self-assembly and morphology of block copolymers, statistical mechanics of conformation of macromolecules, and theory of bilayer membranes. He has published over 200 papers (>7000 citations) in peer-reviewed journals including PNAS, PRL, JACS, and given more than 50 invited talks in international conferences. He was elected as a Fellow of the American Physical Society in 2010.

On December 10, Prof. Shi also attended the SCUT-PKU joint symposium held at AISMST and had a fruitful discussion with soft matter scholars from both universities.