Love the country and enrich the people. Seek knowledge from facts

On October 27, Professor Chen Jianxin from the humanities quality education center of South China University of Technology made a lecture in international campus C1 - b114 for graduate students of the economic and financial institute, school of journalism &communication, institute of international education's, bringing deep vivid humanistic quality, the academic spirit of the Patriotism enriches the People and Seeks Knowledge from Facts -- Fei Xiaotong's Academic Spirit and Research Methods. Huang Guoqing, Party Secretary of School of Economics and Finance, and Professor An Ran from School of International Education attended the lecture and listened to professor Chen's lecture with students.

Who is Fei Xiaotong? What are his deeds and achievements? Most of the students only heard his name, but did not know much about his life experience. Based on years of research and understanding to Professor Fei xiaotong, Professor Chen spoke to the students, telling them about the extraordinary life of Mr. Fei Xiaotong. Professor Fei xiaotong grew up in a scholarly family and was interested in academia. In his early years, he abandoned medicine and began to study grassroots issues in China. Since then, his academic research has always been closely combined with the motherland, local communities and working people. As a well-known scholar who loves his country and his hometown, he has made great contributions to the development of the country, providing strong theoretical support for the reform and opening up and regional social and economic development. Professor Chen points out that Fei xiaotong raised the famous Fei Xiaotong question -- how can China's rural areas become rich? How can Chinese farmers become rich? In order to answer this question, he walks in the mountains and rivers of the motherland with his lifelong experience, and finds a way out for the common people through sincere observation, which fully shows Mr. Fei Xiaotong's pure feelings of saving the world and helping the people. 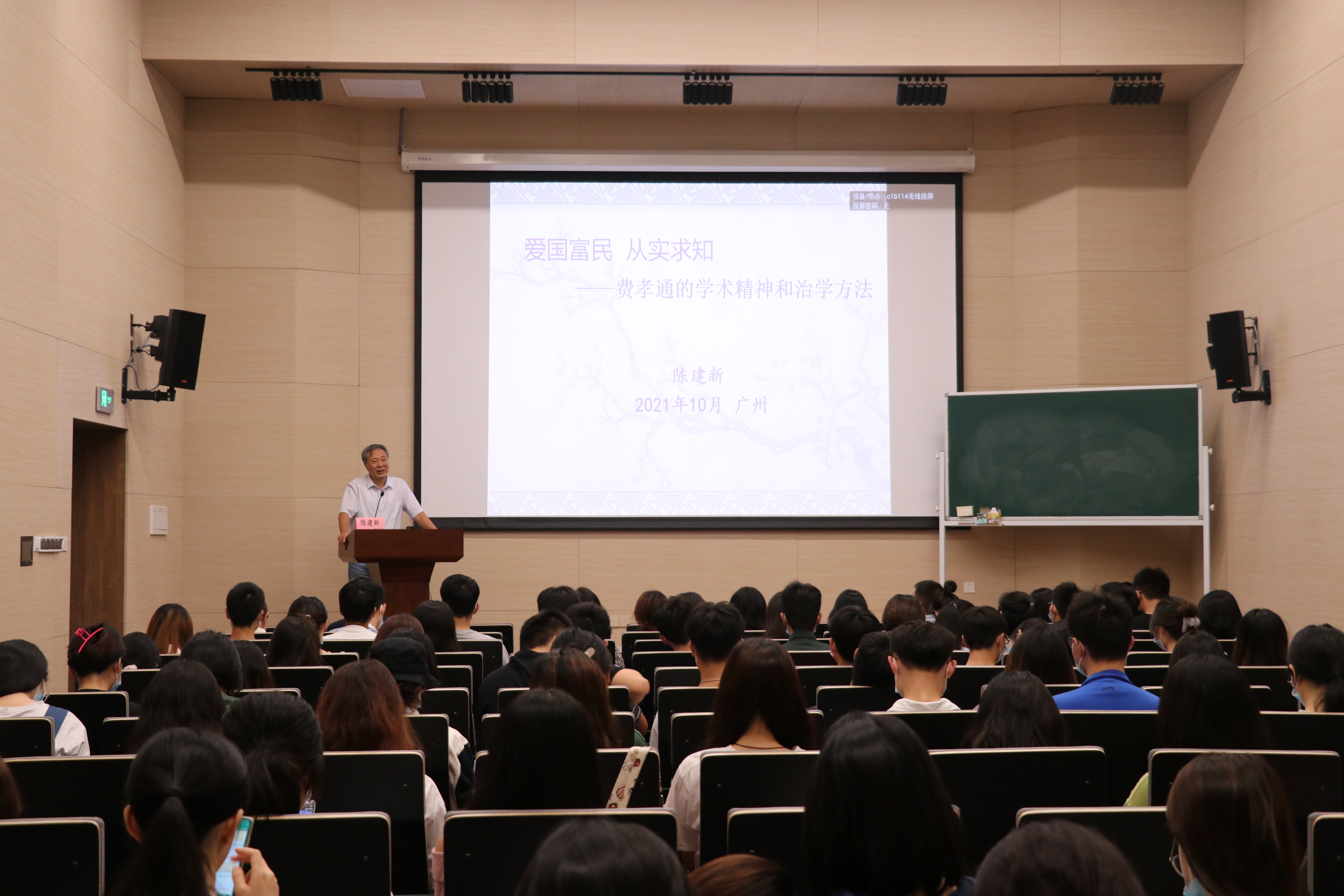 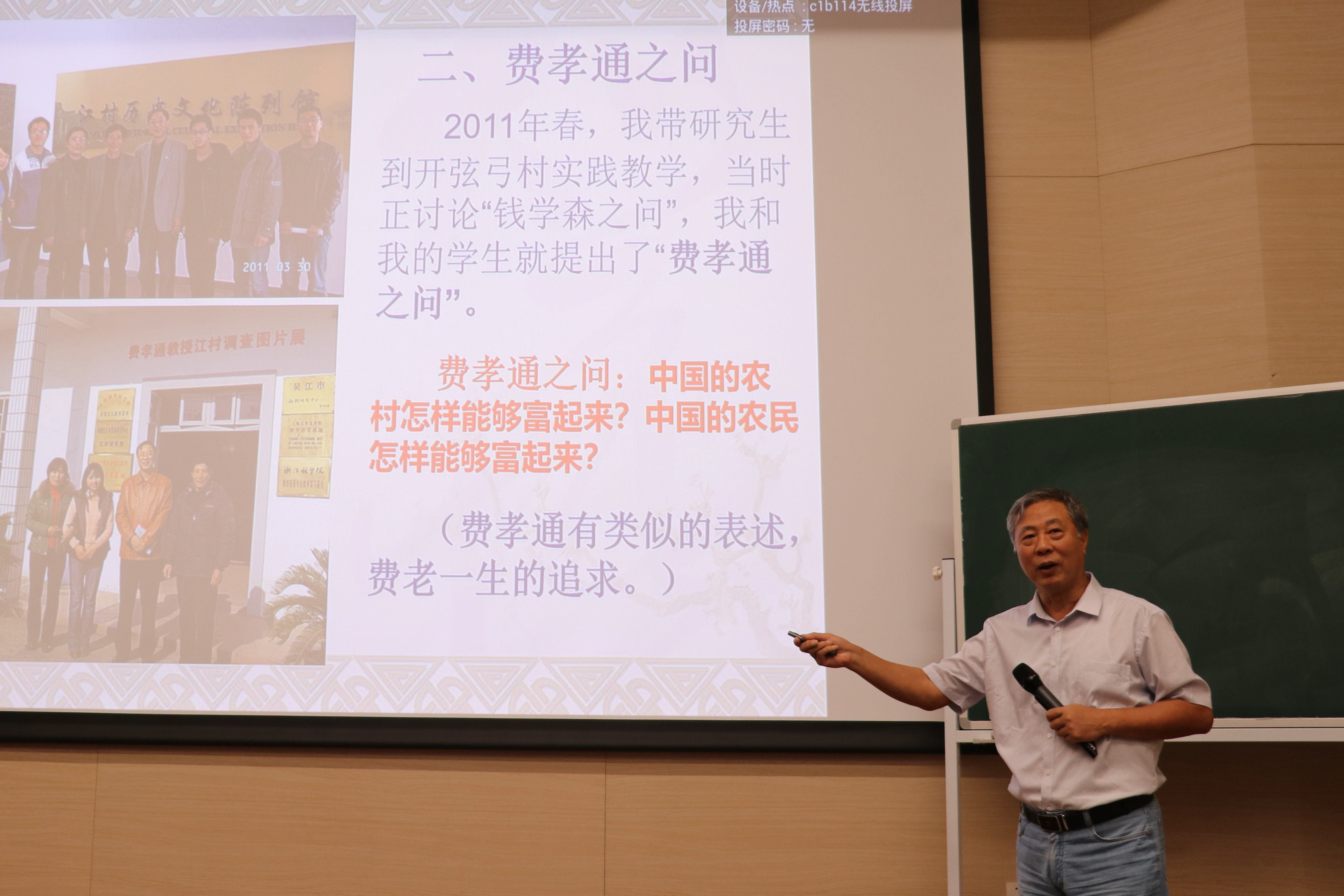 By listening to Professor Chen's introduction of Professor Fei Xiaotong's academic career, academic feelings, academic methods, and academic ideas, all the students were deeply inspired and moved. In connection with the reality, Professor Chen pointed out that there is a serious problem in current graduate education, that is, the lack of awareness of the problem and the inability to ask good questions. To this end, Professor Chen encouraged the humanities and social sciences students to follow Fei's example, shoulder their social responsibilities, pay attention to practical social problems, and do research that is beneficial to society, rather than academic research that is empty and irrelevant. At the same time, Professor Chen also pointed out that the current higher education has weakened philosophy education, which will make students lack the spirit of reflection, questioning, and criticism. Graduate students should cultivate more criticism and speculation, so as to do well in learning and in-depth learning. 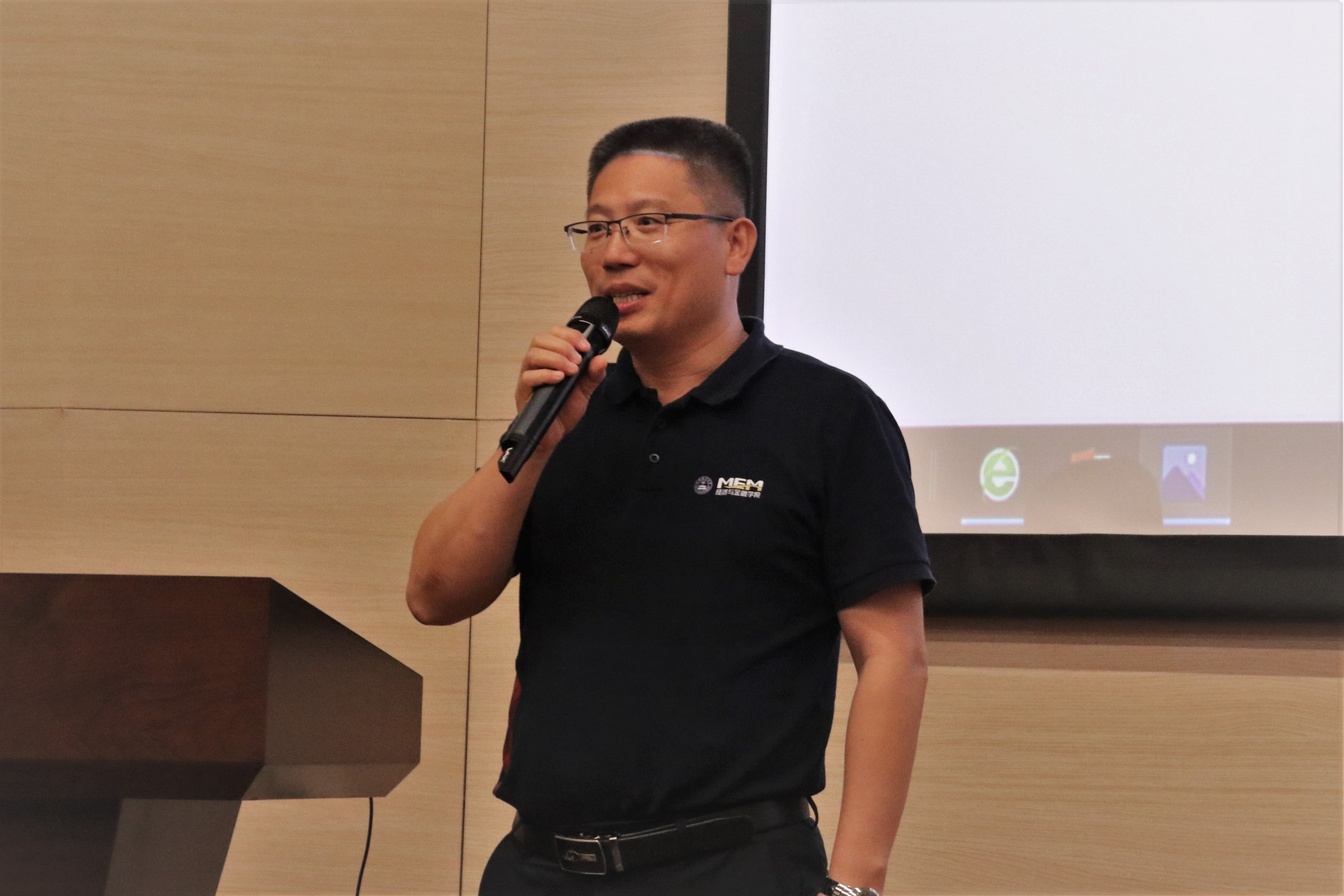 After professor Chen Jianxin's academic report, Secretary Huang Guoqing talked about his expectation to the students. He said: postgraduate study must have the feelings of family and country, listen to the party, follow the Party, all academic research should serve the development of the Party and the country; We should pay attention to improve our theoretical foundation, go to the library more, seize the time to study, have a good theoretical foundation to do solid academic; Secretary Huang also encouraged students to participate in social practice, go to the grassroots, close to the masses, to understand the real ideas and views of the masses.