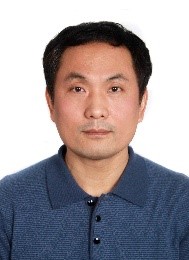 Yang Junzhong graduated from South China University of Technology in 1985 and then started his career about research and development of petrochemical techniques and products for about 22 years at SINOPEC Luoyang Petrochemical Complex.

In 1997, he was appointed as the Director of the Institute of Luoyang Petrochemical Complex.

In 2004, he was appointed as the Chief Engineer of SINOPEC Luoyang Polypropylene Company.

From 2004 to 2007, he studied for a doctorate at SINOPEC Research Institute of Petroleum Processing and received the Ph.D. degree in 2007.

From 2007 to 2013, he was appointed as the director of the Department of High Performance Materials of CHEMCHINA Engineering Center.

From 2013 to 2015, he worked at the China National Chemical Information Center.

In 2015, he joined in the school of Materials Science and Engineering, South China University of Technology, and engaged in the research of medical polymer materials. He hosted the major research project in Guangdong Province about 3D printing dental products.

In 2017, he participated in the National Key Project about Intelligent Manufacturing for Hard Tissues hosted by Shanghai Jiao Tong University.

He has applied for 54 items of invention patents which 32 items were authorized, and has applied 2 items of utility models which were all authorized.