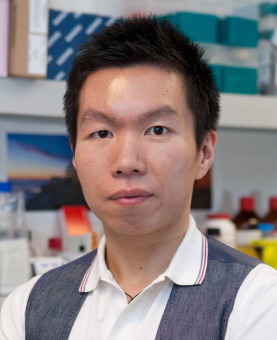 A/Prof. Yu was awarded his PhD from the Australian National University (ANU) in 2007. After conducting postdoctoral training at the Garvan Institute of Medical Research from 2008-2010, he joined Monash University and was appointed as a faculty member and Group Leader from 2011-2016. He was recruited to ANU in 2017, where he is leading a team to investigate the mechanisms that regulate the functions of T cell subsets in human health and disease. Through understanding such mechanisms, his group aims to design new strategies to monitor the immune system and modulate immune pathways using cytokine-based therapies to treat autoimmune diseases, infection and cancer.

A/Prof. Di Yu has made several major contributions to T-cell immunobiology, in particular the field of follicular T cells. He has authored more than 50 publications in journals including Nature, Nature Immunology, Nature Medicine and Immunity, which have attracted over 8,000 citations (Google Scholar). A/Prof. Yu is the recipient of Bellberry-Viertel Senior Medical Research Fellowship (2017), Milstein Young Investigator Award from International Cytokine & Interferon Society (2016), an NHMRC Excellence Award (2010), a Frank Fenner Medal from ANU (2008), an International Research Award from the Australian Society for Medical Research (2007), and a New Investigator Award from the Australasian Society for Immunology (2006). Over past 5 years, he, as the primary chief investigator, has been awarded of research funding over 6 million dollars.