The Opening Ceremony of the Photo Exhibition “Israeli Discoveries and Developments that Influenced the World” Held in Guangzhou International Campus, SCUT 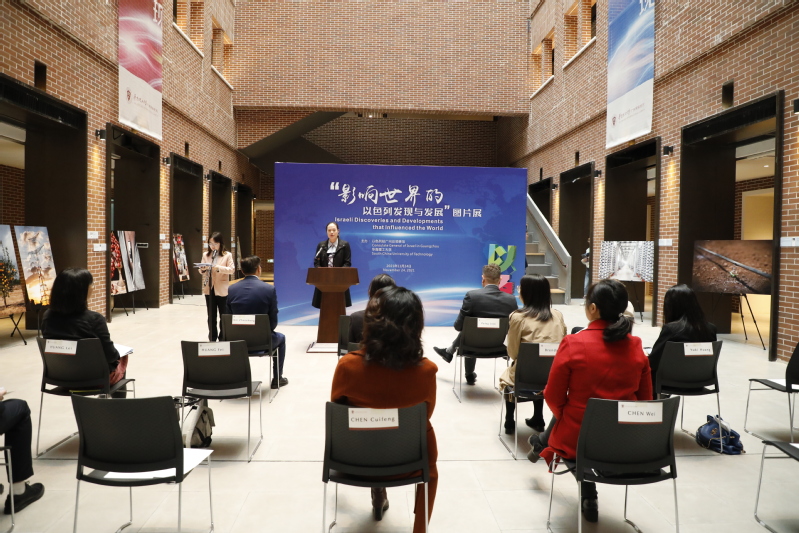 Li Weiqing, on behalf of the University, firstly extended a warm welcome to Mr. Peleg Lewi and his colleagues from the Consulate General of Israel in Guangzhou. She introduced the coincidence that ten years ago, the photo exhibition “Israel in the Eyes of a Chinese” was unveiled in the University Town Campus, and ten years later, another photo exhibition “Israeli Discoveries and Developments that Influenced the World” would be held in Guangzhou International Campus. Li said that Israel is a world-famous innovative country with outstanding achievements in computer science, optics, engineering and other fields; SCUT is a well-known science and engineering university in China with strong scientific research and teaching strength. SCUT plans to build 10 Emerging Engineering Schools in Guangzhou International Campus, which focus on the cross-disciplines of emerging engineering that lead the world’s scientific and technological frontier and serve the national strategy with revolutionary innovations, striving to cultivate emerging engineering talents who can lead the future. Li conveyed that with the combination of innovation and technology, this photo exhibition would greatly deepen the teachers and students’ understanding of the world. Li expected that this photo exhibition would become a new starting point for deepening friendship and cooperation between the two sides, to further develop more substantive cooperation programs and intensify academic and scientific research exchanges between SCUT and Israeli universities.

Peleg Lewi showed his gratitude to SCUT for strongly supporting the organization of the photo exhibition in such a beautiful campus combining the Chinese style of red brick and green tile and the Western style of arch. He said that many of the photos on display show Israeli achievements in scientific and technological developments in recent years, which could help the students not only experience the overview of scientific and technological innovations and developments in Israel, but also deeply understand Israeli cultures. 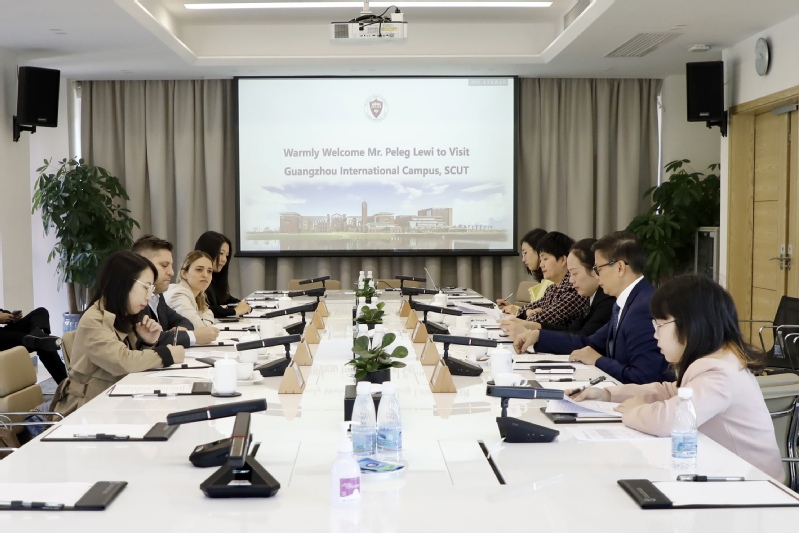 Before the opening ceremony of the photo exhibition, Li Weiqing held a friendly discussion with the delegation headed by Peleg Lewi. Li briefly introduced the construction and development of Guangzhou International Campus. Peleg Lewi expressed his appreciation for GZIC’s education concept of Opening to the World, and its implementation of emerging engineering education and the cultivation of students’ innovation and entrepreneurship. He expected that Guangzhou International Campus would explore academic exchanges and cooperation with Guangdong Technion-Israel Institute of Technology, carry out cooperation in student joint training, student internship and other programs with 14 biomedical enterprises in Guangzhou International Bio Island and Guangzhou Sino-Israel Bio Industry Incubation Center, and conduct cooperation in bio and medical fields with the Hebrew University of Jerusalem and engineering fields such as AI and robotics with Ariel University respectively. Li thanked Peleg Lewi for his proposal and expressed the hope to give full play to both sides’ advantages, carry out practical cooperation and achieve mutual benefit and win-win results. 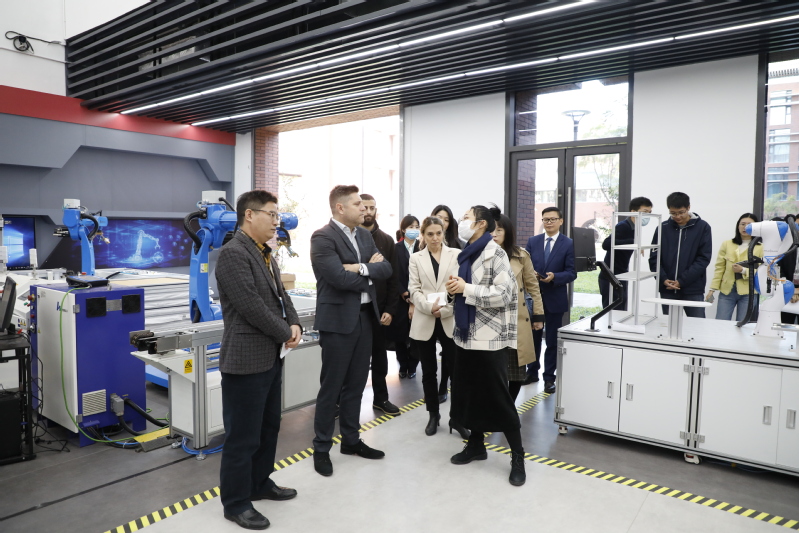 The delegation also visited the Innovation Factory and the “one-stop” student community. Attendees included relevant directors of the International Office, Office of Administration, Office of Global Affairs, Office of Human Resources and Academic Planning and Office of Student Affairs at GZIC.

(Photographed by Office of Administration, GZIC, written/translated by the International Office and Office of Global Affairs, GZIC)