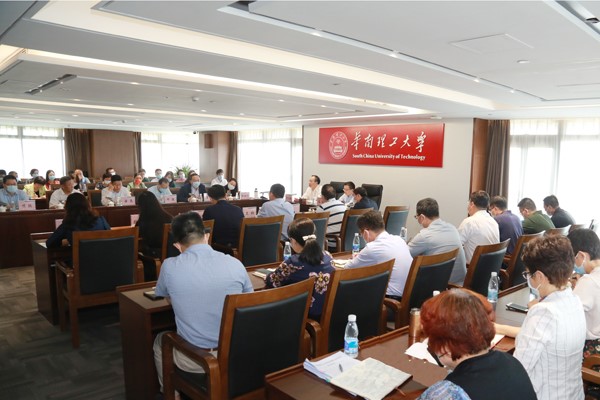 (Meeting on the Establishment of the Management Committee of GZIC, SCUT) 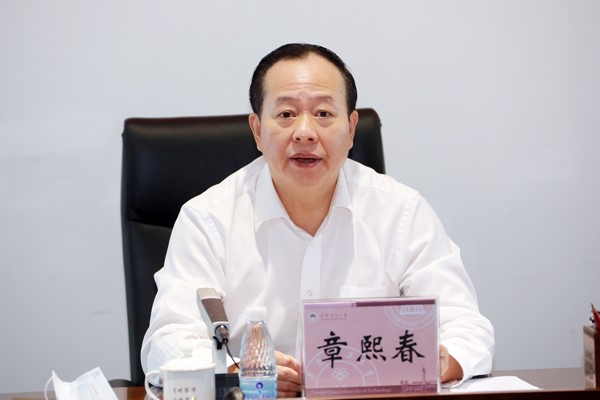 As a new campus in a new mode, Guangzhou International Campus has introduced lots of exploratory and symbolic systems and practices across China, which has been fully appreciated by the Vice Premier of the State Council Sun Chunlan and leaders of the Ministry of Education, Guangdong Province and Guangzhou City. All this has effectively promoted the comprehensive teaching reform and reinforced the university-running strength. On behalf of the CPC SCUT Committee, Zhang Xichun expressed his gratitude to all faculty and staff who had made extraordinary efforts for the construction and development of Guangzhou International Campus. He pointed out that the great support from the Ministry of Education, Guangdong Province and Guangzhou City was the main external impetus for the rapid development of GZIC, on the other hand, the most significant internal impetus of which came from the high attention, scientific planning and strong promotion of the CPC SCUT Committee and the daring, pioneering, innovative and wholehearted efforts of the staff of various offices and units and the front-line builders.

Firstly, we should enhance our political stance and foster awareness of responsibility to implement various reform and development ideas with higher standards and stricter requirements. We should enhance the sense of urgency of “seize the day and live it to the fullest” to guarantee work progress with quality. We should carry forward the spirits of pragmatism and responsibility to work hard with courage. We should coordinate the three campuses as a whole to constantly improve the management mode and running mechanism.

Secondly, we should adhere to the bottom line thinking with a strong sense of rules to further create a sound political environment where political disciplines, rules and other regulations are strictly observed. We should practically improve our work style and avoid ostentation and formality.

Thirdly, we should adhere to the integrity and innovation, practice the education concept of “student growth as the center”, and further implement detailed and practical education measures. We should deepen the education and teaching reform and accelerate the establishment of supporting systems for the international education reform pilots. We should optimize the running of modern colleges and put the “full tutor system” into practice. Paying attention to ever student, we should help them strive to realize their dreams and provide practical service for teachers and students.

Zhang Xichun stressed that it was our unshirkable responsibility to develop Guangzhou International Campus with high standards, realize the high-quality intensive development of the University, and serve the national strategy of the innovative development of the Guangdong-Hong Kong-Macao Greater Bay Area. He hoped thatall faculty and staff would be responsible, innovative and qualified to play a leading role in the development of higher education in the Guangdong-Hong Kong-Macao Greater Bay Area, so as to live up to the trust of the CPC SCUT Committee and the expectations of all teachers and students. 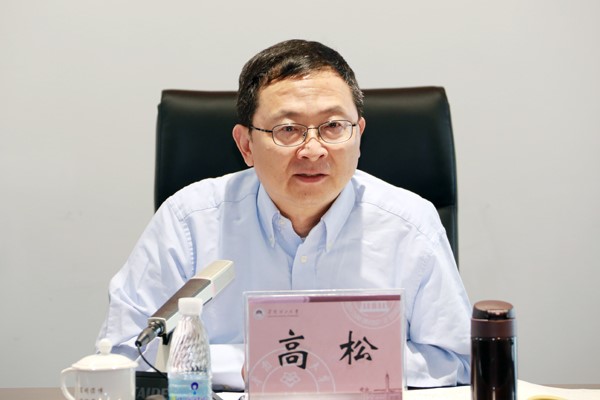 Gao Song pointed out that the development of Guangzhou International Campus had entered a new stage, which required the University to attach great importance to the intensification of the leadership and management system of the Campus and schools. He stressed that strengthening moral education and talents cultivation was the starting point and goal of all the Campus’s work, therefore all offices and schools should put talents cultivation at the core to build the student-centered education brand, so as to enhance the University’s influence. At the same time, the Campus should recruit more talents around the world to enrich the teaching staff and pay more attention to teachers’ academic career, so as to better serve the talents cultivation.

After the completion of the first-phase project in 2019, we had welcomed the first batch of undergraduates. Since then, all the Campus’s work, especially various pilot work, including the Tenure-track, Emerging Engineering “F” Scheme, Interdisciplinary Research Institutes, the “One to Many” International Cooperative Education Mode, and the “One-stop” Student Community, had initially achieved the expected results in accordance with the reform plan. At present, the Campus has built up 6 emerging engineering schools and 3 interdisciplinary research institutes, and recruited a large number of outstanding talents from all over the world. The number of undergraduates and graduates on the Campus has reached 3,000.