On August 15th, the 2020 Academic Ranking of World Universities (ARWU) was officially released by ShanghaiRanking Consultancy. This ranking saw South China University of Technology (SCUT) being listed within 151-200 worldwide, securing a place in the top 200 for the first time. 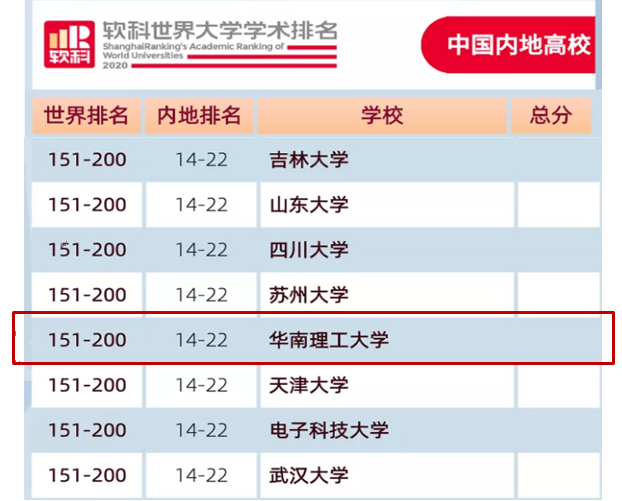 SCUT had its debut in world’s top 500 in the ARWU in 2012. Since then, propelled by “Double First-Class” initiative sponsored by the MOE and the development of the Guangzhou International Campus, SCUT has risen steadily towards its new journey of building a world-class university with Chinese characteristics, fulfilling its goal of jumping into world’s top 200 set for the first five years of carrying out the initiative. Along the lines of different indicators, SCUT performed well in the number of highly cited researchers and international publications, ranking 74th and 79th respectively, up by 57 ranks and 14 over last year.